In this blog post, you will get quality content about Apple’s iPhone 14 event in September. Every year, interest builds in what Apple will unveil in the fall in addition to the yearly iPhone update. The Apple event in September will likely include the following.

As if on cue, Apple launched a slew of new products in the fall for customers to purchase during the next holiday shopping season. Apple makes a lot of effort to showcase as many new products as possible at its fall events because this is a particularly profitable time of year for the corporation.

Apple takes the time to consider other complimentary services and goods while largely focusing on its iPhone product line.

The following is a list of what to expect from Apple’s autumn 2022 event. And you can visit our T & E-store.

You may be able to buy from T & E repair store. Our website is a resource for information about electronic devices. At our T & E-store, you can buy and sell your iPad and smartphones at a reasonable price. Moreover, we also provide repair services for iPad and other electronic devices. If you are facing any iPhone or Android phone repair, you can visit our T & E repair store. T & E repair professionals offer the repair services section. With our services, you can get your phone fixed fast and cheaply.

In addition, your devices will fix as soon as possible and at a low cost. We are signing a new lease today for a new store. This store will serve phoenix Avondale Goodyear Tolleson and buckeye. All the mentioned are Arizona state. Our repair service is now available to Glendale, Phoenix, Tolleson, and Avondale Arizona residents.

When will launch-related events happen?

Apple often holds at least one special event, with at least one in September of that year, before releasing new products in the fall. To experience a year without a September event, you must go back to 2011.

Since there have been seven October events and one November event during the past ten years, the September launch is typically not the only one.

Given that Apple held pre-recorded video streams for its October events in 2020 and 2021 in response to COVID-19, it seems likely that the fall schedule will include at least two events.

The iPhone is frequently the center of attention at the September event, but other fall events feature a wide range of Apple goods, with subsequent events typically focusing Mac-related themes. The only deviation from the preceding 10 years was in 2020, when the Mac month was November and the September event focused on the Apple Watch and iPad lines, while the October event relied on iPhones and the HomePod mini.

Apple normally holds the event roughly two weeks into the month, skewing closer to mid-month over the years. It is unclear when in September that event will take place.

The claim that Apple began filming its September event video in early August fits the pattern, and a rumor from August 7 suggests an October event may follow suit. 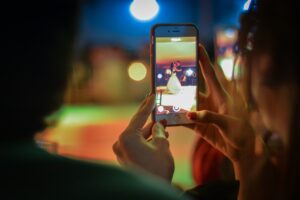 New iPhone models are the biggest news each year. However, rather than being about revolutionary improvements, the topic for 2022 might be about a lack of updates.

According to rumors and allegedly obtained designs, models will have displays that are 6.1 inches and 6.7 inches in size, mirroring the dimensions of the iPhone 13 and the iPhone 13 Pro Max. The Max model will have the same specs as its non-Pro stablemate despite its bigger size.

The camera hump might be smaller, which would be the external modification.

The absence of ProMotion, the reintroduction of the notch, the Lightning port, and the identical 12MP camera system are some further elements that might not change.

For instance, video calls on the iPhone might be supported by Center Stage. For 2022, the Macro mode from the iPhone 13 Pro series might also be upgraded.

Although iPhones will almost surely be present at the September event, Apple appears that most people will be paying attention to the modifications made to the Pro versions rather than the iPhone 14.

When Apple comes to the expected release date, analyst Ming-Chi Kuo believes the iPhone 14 could go on sale sooner than the iPhone 12 and iPhone 13. The assertion is a projection based on Apple’s optimistic Q3 2022 estimate from its July financial reporting. 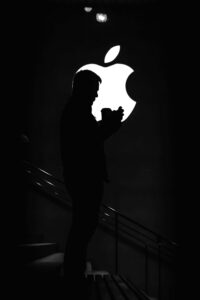 Every year, the Pro series of iPhones receive the most important updates, and in 2022, that is likely to remain the case.

According to leaked blueprints, they should essentially have the same size and shape as the versions from a year ago.

Rumors suggest Apple will convert to an always-on version of the display, which will be the first distinguishing feature of the iPhone 13 family. This function will conserve battery life by giving users quick access to information without waking up the device or turning on the screen entirely.

Additionally, the display appears to replace the notch with a pill-and-hole cutout, drastically lowering the amount of screen real estate taken up by the built-in True Depth camera array.

The pill-and-hole cutout can use in place of the notch on the iPhone 14 Pro models.

With the adoption of a 48-megapixel wide camera sensor, the cameras could also receive a significant increase. The modification would enable the creation of 12-megapixel photos with greater detail and 8K-resolution video using a technique called pixel binning.

The iPad frequently appears at the September event, although it might also appear at a later-season event depending on Apple’s launch plans.

However, rumors of a September 7 event that will take place early suggest that it would focus more on the iPhone and Apple Watch than the iPad family. The iPad lineup’s launch event is more likely to occur in October.

According to a claim, iPadOS 16 is still under development, although iOS 16’s initial release has already been finished and will be available in September. According to the rumor, new hardware will also be released in October along with iPadOS 16. Renders and leaks suggest that the tenth iteration will use a brand-new design.

The tablet’s flat sides, reminiscent of the iPad Pro, could indicate Apple Pencil 2 functionality and more closely match Apple’s contemporary design language. The casing could add a new rear camera module and smaller bezels surrounding the display, but the Touch ID Home button might last for another 12 months.

It might have an A14 processor, which supports Wi-Fi 6, Bluetooth 5.0, and 5G networks.

Although not as significant as those for the iPad, changes could also be coming to the iPad Pro. 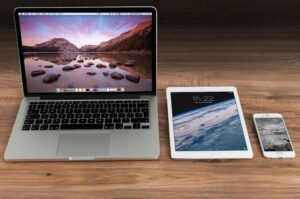 Apple releases many more items in the fall than those on this list. For the sake of this post, we have only discussed the items we anticipate Apple to unveil during an event in September.